Indie-pop singer Christian French is a star on the rise, and his sweet, introspective melodies have made him one to watch – as many already have across streaming platforms.

Christian, who hails from Fisher, Indiana,  made the decision two years ago to put med school on hold and pursue his passion to make music. He began by covering songs from artists including John Mayer, Gavin DeGraw, and Adam Levine and eventually dropped out of Indiana University and migrated to Los Angeles to focus on his music.

In 2018 he penned his first single “love ride”, which has amassed over 19 million streams globally. Just a year later, Christian joined friend and fellow pop artist, Chelsea Cutler, on a nationwide sold-out North American tour followed by another even bigger tour with Quinn XCII. By the end of 2018, Christian spent all his savings recording and releasing his independent debut EP, “natural colors” which has gotten over 25 million streams to date. 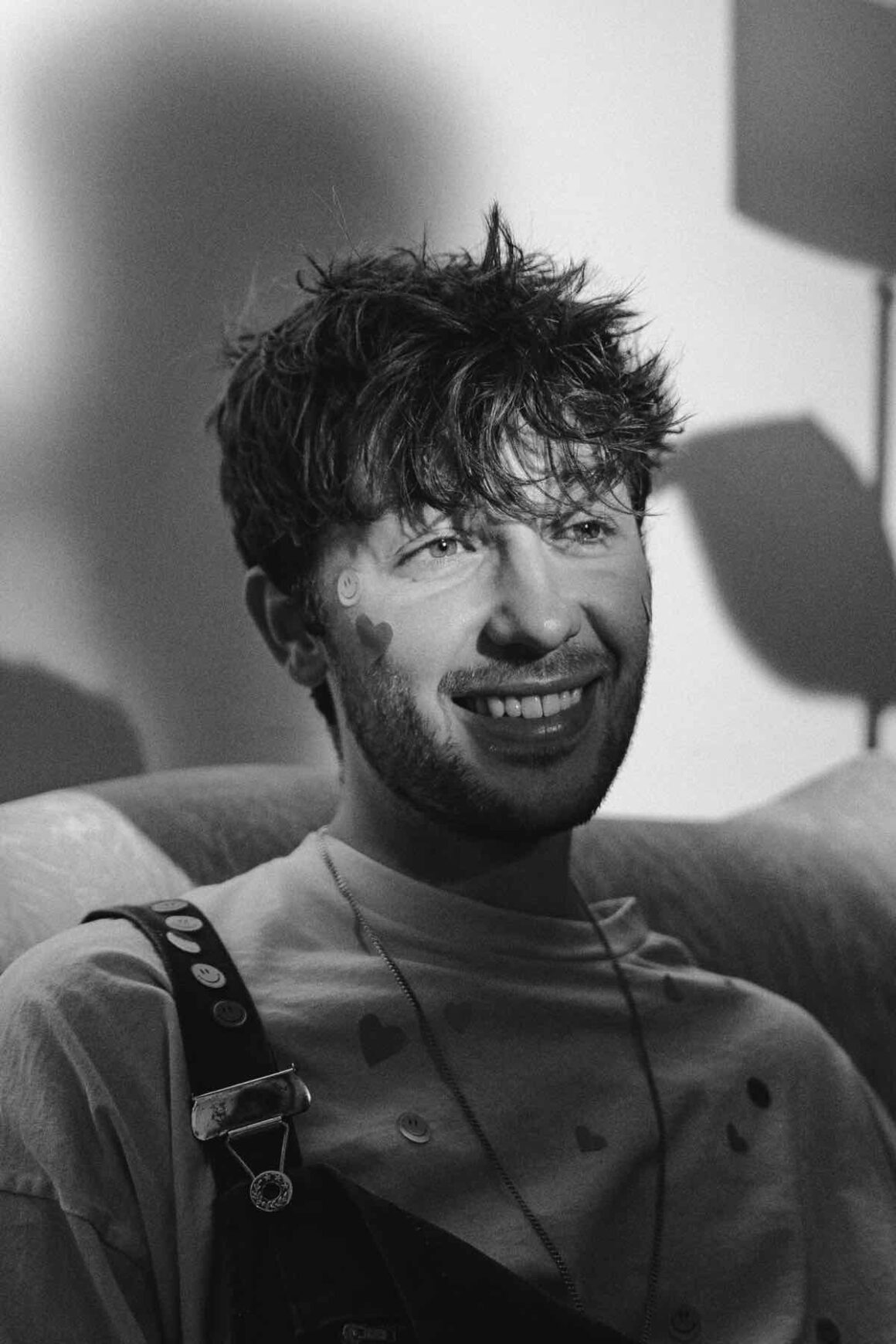 In 2019, Christian signed to Disruptor Records/Sony Music and released his “bright side of the moon” EP featuring his biggest hit of his career “head first,” and embarked on his debut headlining tour.

This summer, Christian is set to release his EP, good things take time, on Disruptor Records/RCA Records, a collection which includes “i think too much,” plus singles “crowded room” and “time of our lives,” songs that have each surpassed millions of streams to date.


One to Watch: Singer Gabi Sklar Answers the Socialite Seven


Honey Davenport Discusses Her New Single, Her Experience on…

Christian’s songs are the perfect blend of his stream of consciousness with buoyant and bouncy melodies. Vocalizing and approaching his inner thoughts, questions, and self-doubt, Christian continues to raise mental health awareness with a bright outlook and resolve.

Christian’s catchy new single. “i think too much” follows the highly successful breakout single “head first,” which maintains staggering momentum since its May 2019 release. The singer took some time to answer our Socialite Seven. Learn more about this up-and-coming artist! 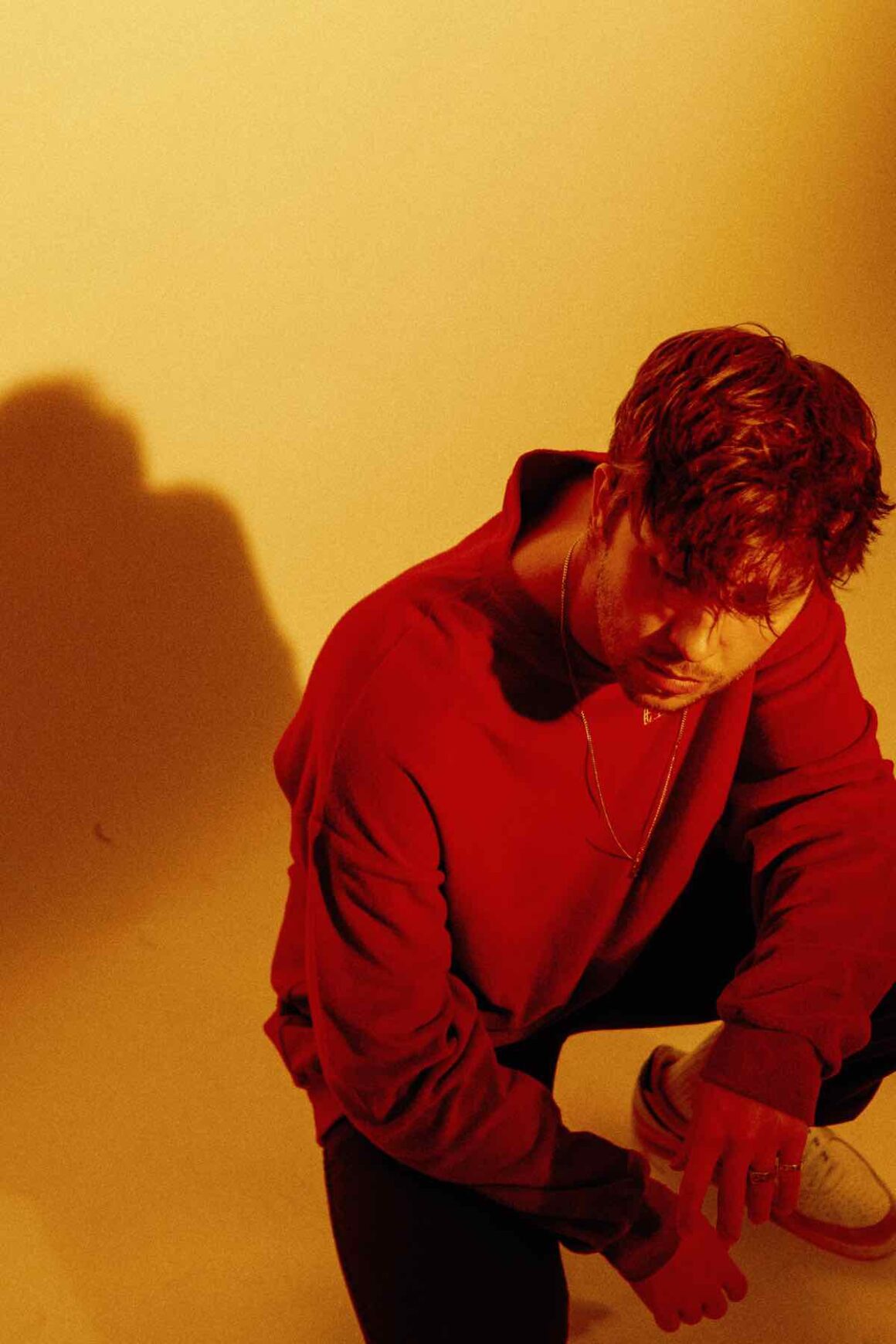 When did you know that you wanted to become a singer? And have there been any moments in which you regretted your decision (in the moment)?

Becoming a singer is something that I’ve really wanted to do since around 7th grade, but I never really thought was possible to until I was in college recording original music. By the time I was in college, I was ready to give up everything to be a musician.

There have been a lot of moments where it’s been really hard and I have this sense that I’m not good enough, but everyone has those times. I wouldn’t ever take back my decision to become a singer. It’s provided me with so much growth and self-exploration that I never would have gotten doing something else.

Who has had the biggest influence on your music and why?

John Mayer has been a big influence on me my whole life – my parents ALWAYS had one of his albums playing, and I think it’s a lot of where my musical taste comes from.

His songwriting is unmatched to me, and I’m consistently impressed with how well-spoken and grounded he is. He gives me the motivation to really dig deep into my writing until I come up with exactly what I want to say. 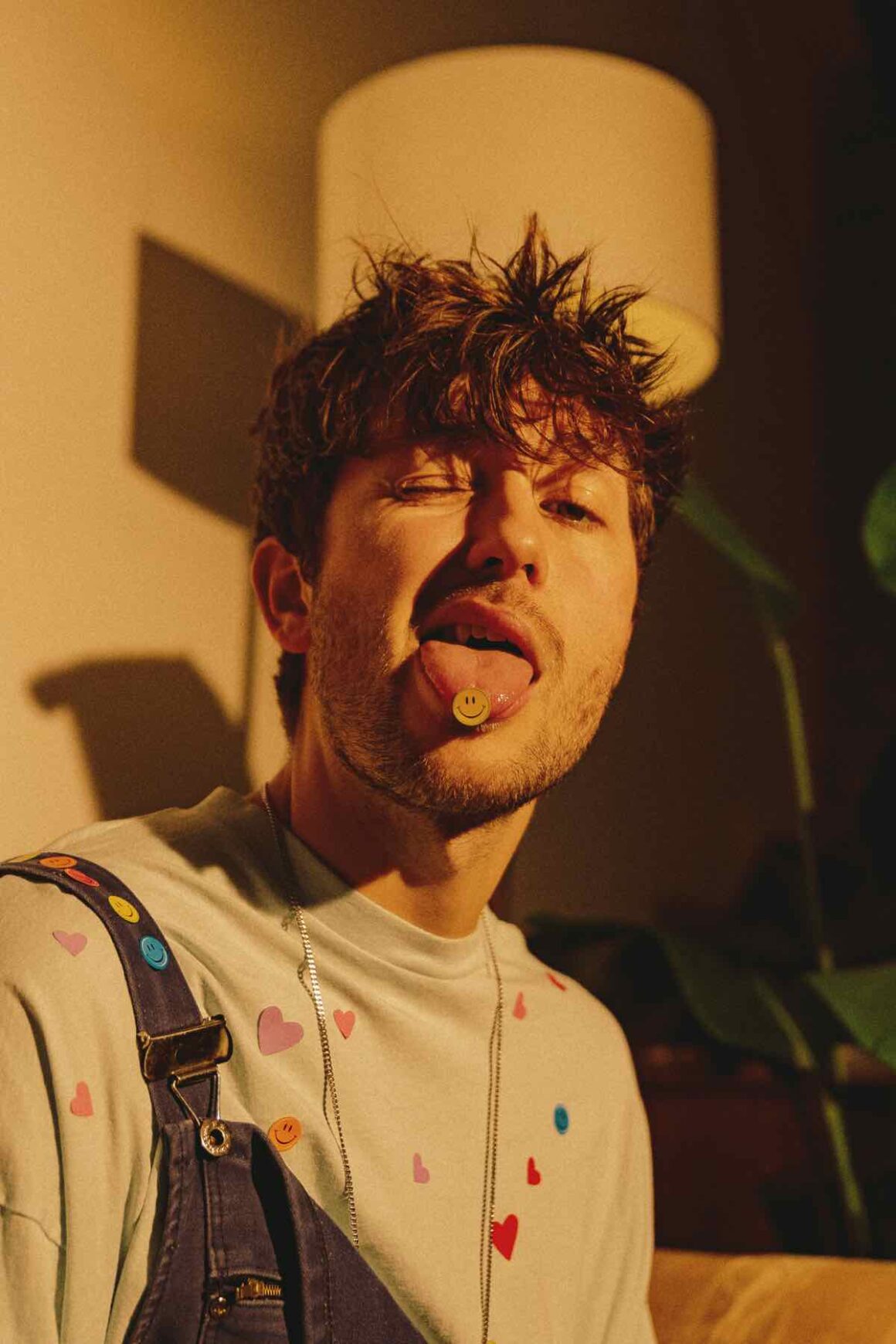 Who (if anyone) would you love to collaborate with?

Honestly, there’s a lot of people I would love to collab with. The past few years I’ve become friends with a lot of musicians like Ashe, Chelsea Cutler, Jeremy Zucker, and Quinn XCII, and I would love to work with any of them.

Outside of that, I’ve really wanted to write with Jon Bellion – his music is so tasteful, and I would love to learn from him. Also, FINNEAS. I think his production style kind of re-invents different sounds, and I think we could make a really special record together.

What type of music or artist that you listen to frequently do you think your fans would be surprised to learn that you’re a fan of?

One of my favorite playlists to listen to is the “Louis Prima radio” station on Spotify. I love how romantic older music is and it calms me down so much. Whenever I’m really trying to clear my mind, I put this radio station on. 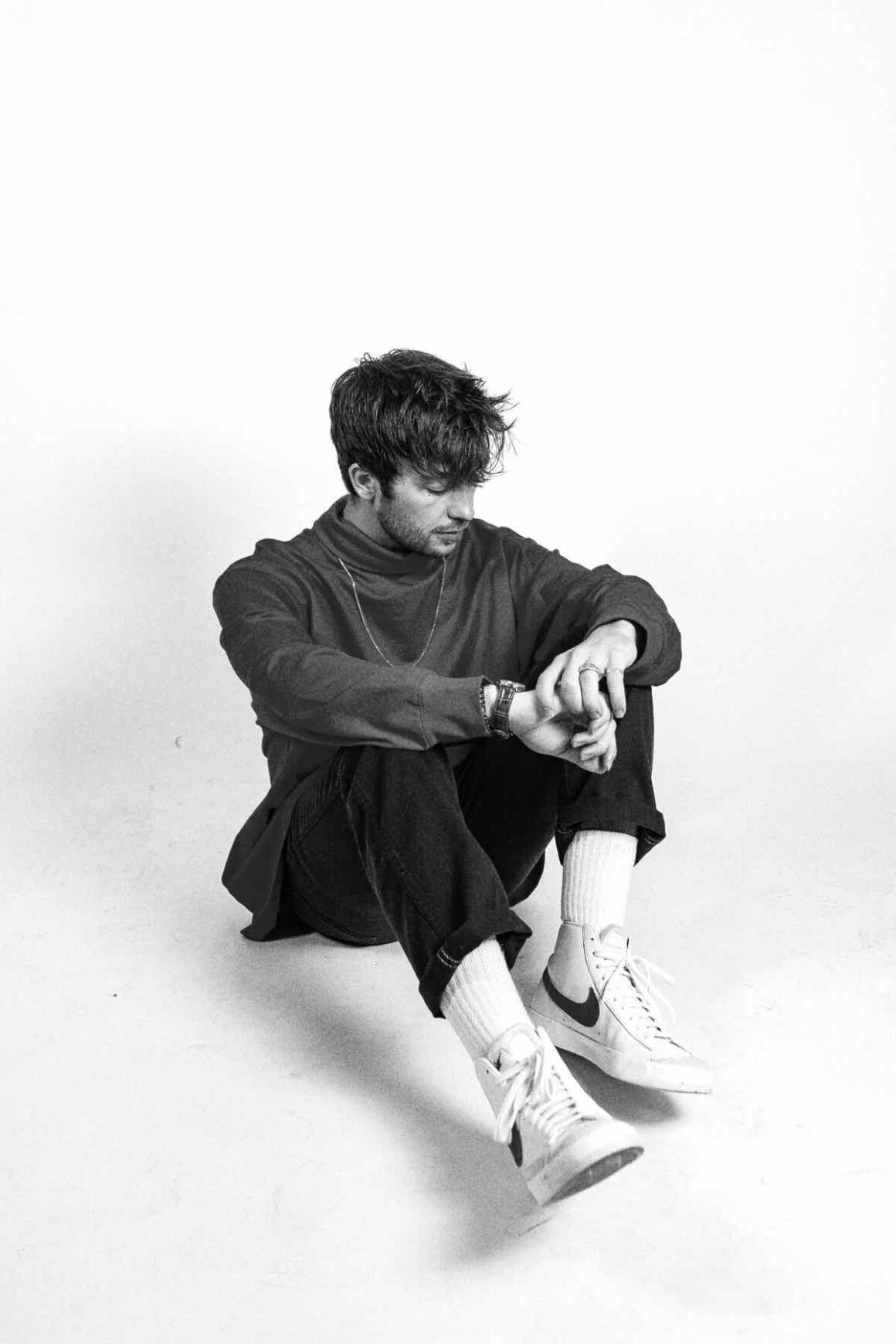 What are you hoping to achieve with your music?

I just want to spread love, hope, and positivity. As long as my music has a positive impact on those listening, that’s all I can ask for. It would be amazing for this project to grow into something bigger than me.

What are three things you can’t live without?

What’s the best piece of advice you’ve been given?

It’s not necessarily one piece of advice, but when I was on tour with Chelsea Cutler, her drummer Gavin gave me a little stack of books to read in the van, which were “The Alchemist,” “The Mastery of Love,” and “The Four Agreements” –  these books are now my three favorite books and are all based around your “personal journey” through life. I had never read any spiritual/self-growth books like this before and it really opened my eyes. it’s a huge reason why I continue to write so introspectively on self-development. 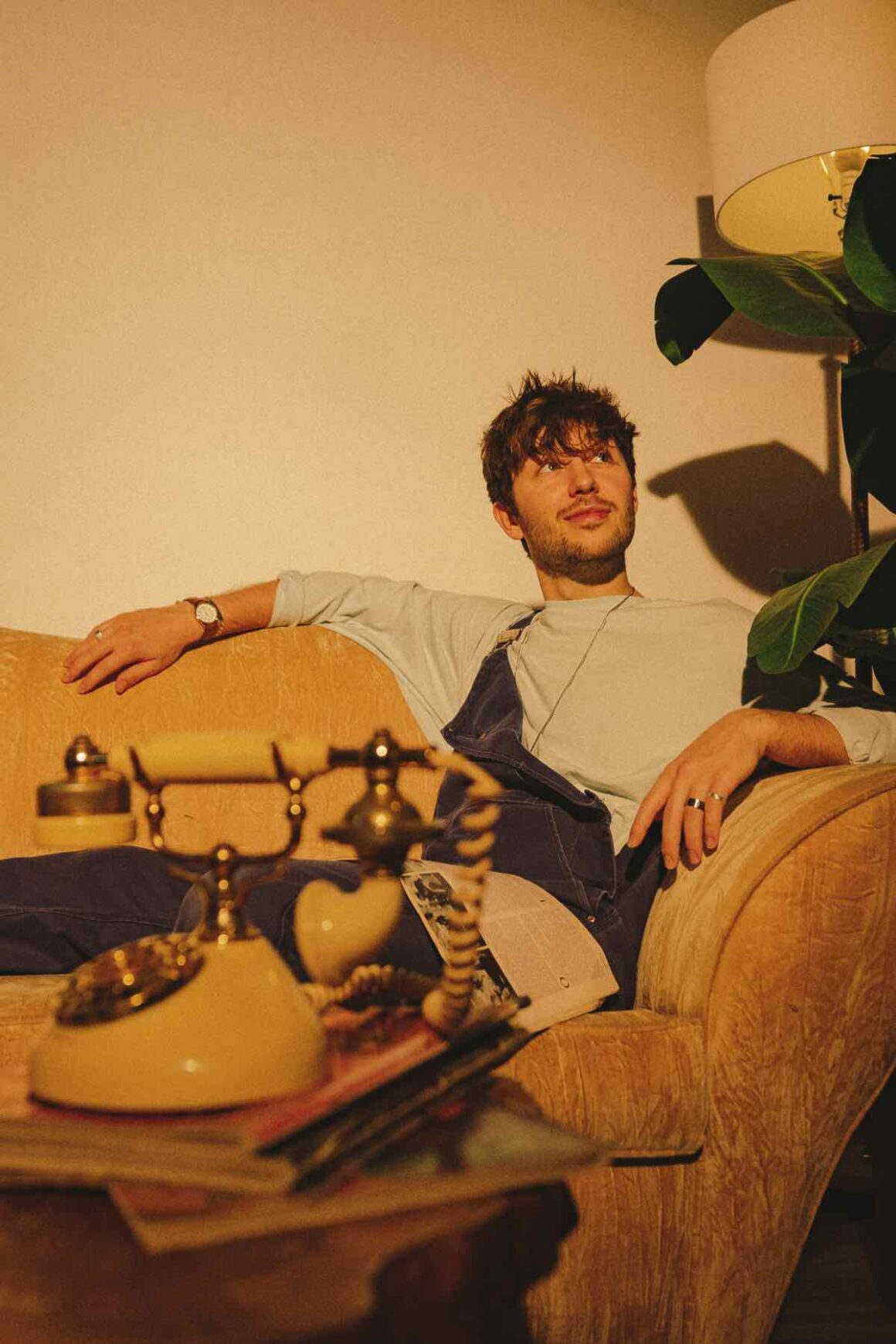 Photo by Mickey Mars
From Our Partners

★ Chris Cuomo Emerges from Basement After Being Cleared from Coronavirus Quarantine: WATCH [Towleroad]

★ Do You Need to Look at Liam Hemsworth in a Grey T-Shirt For a Little While Today? [Go Fug Yourself]